Thanks, City of Madison Snow Plows!

As a native Wisconsin band, we’re used to the unpleasant chore of clearing snow that typically accompanies Winter. After the 8+ inches of snow that fell last weekend, the van was once again covered and had some “bonus” snow pushed up against it that had been cleared off the roads. 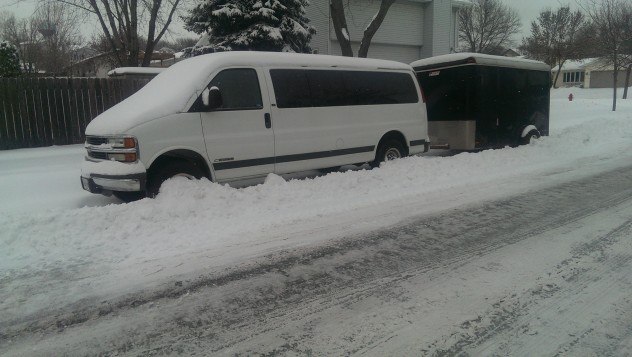 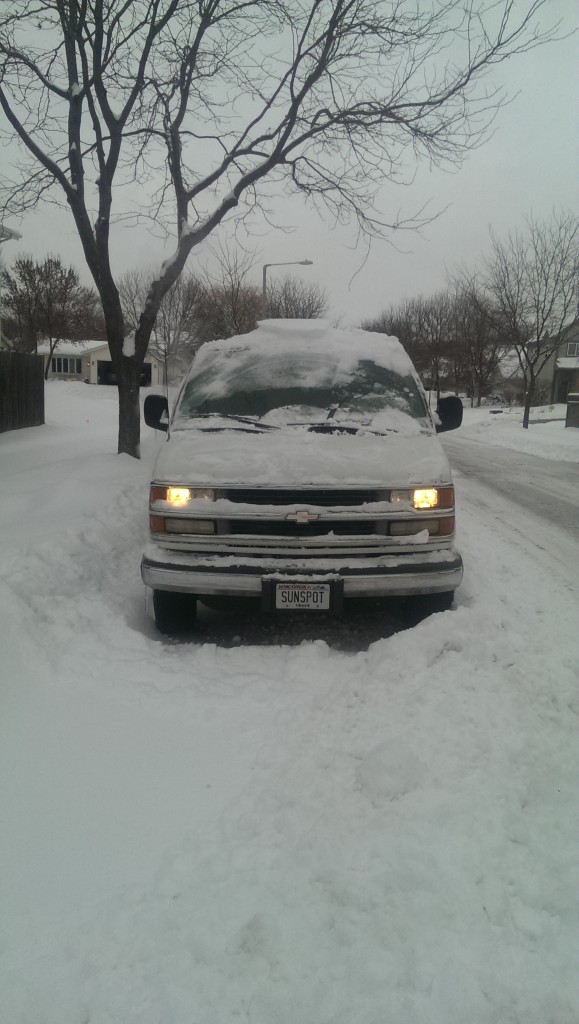 I took my extendable trunk shovel (a useful tool I highly recommend) and began the un-fun task of digging. I figured it would be at least a good 15-20 minutes’ worth of work, since the tires need pavement for traction. But just as I began hammering into the first snow bank, along came one of the giant, fancy City of Madison snow plows. The driver very carefully guided the plow edge right along the van, just inches away from it, and pushed away nearly all of the snow. 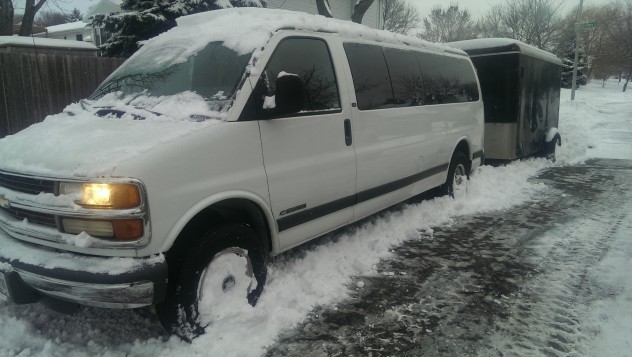 After the plow operator expertly cleared the snow

It reminded me not only that the city workers are out there long after the storm hits working on cleanup, but also that people are nice and do helpful things for their fellow humans. Perhaps the holiday season is getting the best of me, but I just found that small act of kindness to be a very nice reminder that all around us, there are little bits of goodness.

So, here’s a hat tip to the nice City of Madison plow operator who helped free the Sunspot van and trailer!  I will certainly do my best to pay that kind deed forward.